These conditions can impact the oxygen-carrying capacity of red blood cells and iron’s role in oxidative energy production. As a result, those with impaired iron status often experience reduced work capacity. The effects of iron-deficiency anemia on exercise performance are fairly well understood. However, studies also suggest that individuals with depleted body-iron stores who do not have iron-deficiency anemia may also experience changes in physical performance. The impact of simultaneous iron supplementation and aerobic training, especially in untrained subjects, remains unclear. A study conducted by Laura Pompano and Jere Haas (Cornell University) examined the individual and combined effects of iron supplementation and aerobic training on endurance performance in women with iron depletion without clinical iron deficiency. The study results, published in the February 2019 issue of The Journal of Nutrition, show for the first time that iron supplementation improves endurance performance at near-maximal intensities in untrained women exhibiting iron deficiency without anemia. 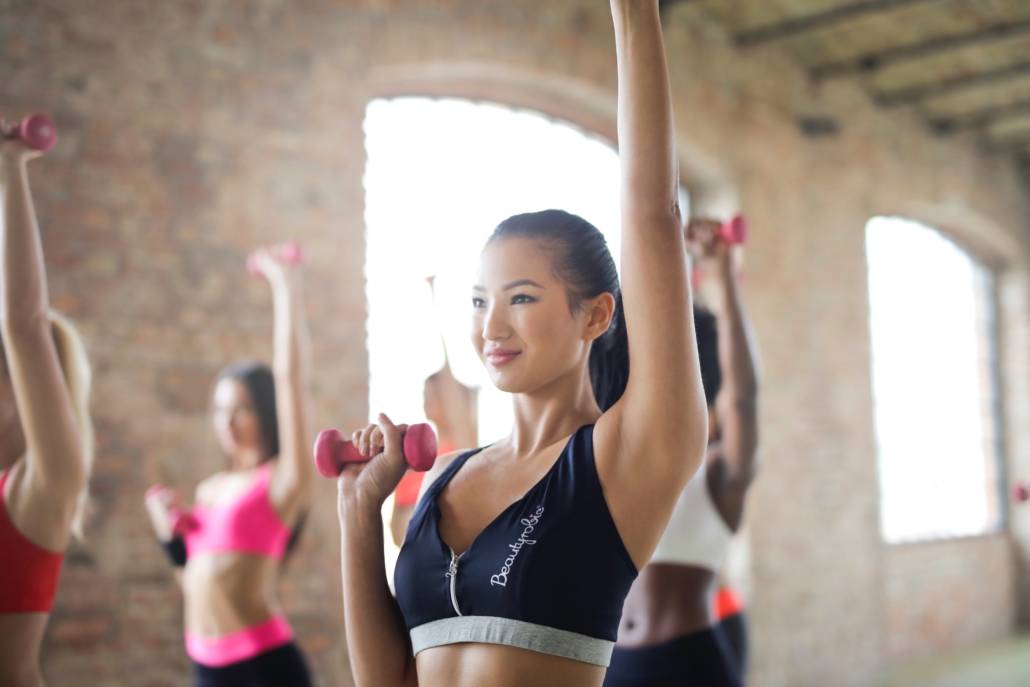 A total of 73 sedentary, untrained women exhibiting depleted iron stores but without clinical iron-deficiency anemia were randomly assigned into 4 groups: aerobic training plus supplemental iron, aerobic training plus placebo, no training plus supplemental iron, and no training plus placebo. Subjects were given either a placebo or iron supplement (100 mg of ferrous sulfate), which were taken 2 times a day throughout the 8-week study period. Subjects in the aerobic training group were instructed to pedal 5 days a week on an exercise cycle at 60 revolutions per minute at 75% or 85% of their age-predicted maximum heart rate, with the difficulty increasing each week. Graded exercise tests were performed at baseline and at week 8, along with simultaneous oxygen consumption measurements. Iron status was also measured at baseline and at study completion.

The results of this study indicate that aerobic training, iron supplementation, and their combination all result in significant improvements in several measures of submaximal exercise performance.

The results of this study indicate that aerobic training, iron supplementation, and their combination all result in significant improvements in several measures of submaximal exercise performance. However, the effects of iron supplementation were of the same magnitude as those produced from aerobic training, with or without iron supplementation. In other words, improving iron status had no impact on maximal oxygen uptake, a measurement used to assess aerobic fitness, but it did improve endurance at near-maximal intensities. It remains unclear as to why there was no additive benefit of iron supplementation and training together. Nonetheless, this study provides a deeper understanding of the impact of iron status on aerobic fitness in both trained and untrained individuals.  Particularly noteworthy is that the study results suggest that when previously sedentary women exercise at an intensity near their personal maximum, improvements in endurance performance are associated with improved iron status.

Hennigar SR. Ironing out the Relation between Iron Supplementation and Exercise Performance in the Absence of Anemia.  Journal of Nutrition. 2019; 109. In Press. https://doi.org/10.1093/jn/nxy288

The Pilot with Dr. John Apolzan

ASN’s ‘Meet the Leader’ series debuts with a conversation between Dr. Apolzan and ASN’s Student and Early Career Representatives ASN’s