Here are a couple of scenarios that may look familiar to you:

– You’ve sat down at your favorite breakfast place, and your server has asked if you would like some coffee or tea while you consider the menu. A carafe appears, your cup is full, and you instinctively reach for the narrow box containing a rainbow of packets. You reach for one, but are curious about the rest – what are they really?

– You’re at the store, trying to buy something to drink, and there are words you don’t recognize on the label next to “sugar-free.”

Give me some sugar! Wait – but what kind?

Sweeteners come in such forms as powder sugars, liquid, or tablets. They sweeten beverages, baked goods, or are added to candies and gum, sauces, yogurt or other food products. Some common types of sugars are White sugar, Coconut sugar, Palm sugar, Maple sugar, Confectioner’s sugar, Powdered sugar, or Brown sugar. Palm sugar is common in Thai or Indian cuisines and has trace phosphorus, iron, and vitamins C and B. Coconut sugar is high in potassium, nitrogen, phosphorus, magnesium, sulfur, also contains some Vitamin C, and is less sweet than white sugar. Prepared foods may require different types of sweetener based on taste, or else are based on the chemistry of the ingredients and how they mix together. Powdered sugar, for instance, is necessary for a whipped buttercream frosting, but wouldn’t work as well as white or brown sugar to make gooey brownies.

Contrary to what it sounds like, sugar alcohols aren’t the same kind of alcohol found in alcoholic beverages. Sugar alcohols like ‘erythritol’, ‘xylitol’, or ‘sorbitol’ aren’t associated with tooth decay like sugars that naturally occur in fruits. They are used in products like chocolate, chewing gum, and toothpaste to add bulk, texture, or moisture, and have about 60% of the calories of sugar. Erythritol and sorbitol are sometimes associated with laxative effects, but generally, one would have to consume a lot of it to experience those effects. Xylitol is popular – it is an antioxidant and does not affect blood glucose levels.

Natural sweeteners like fruit juices and nectars, dates, honey, molasses, and maple syrup are FDA-approved and come from natural sources. Fruit juices and nectars are used to sweeten beverages. Honey, molasses, and maple syrup all have trace minerals and micronutrients. Monk fruit is a newer natural sweetener which contains antioxidants and can sometimes be found in packets as well. If you’re reading a label, realize that even while the source of the sweetness is natural, the food you’re about to consume containing it may not be all-natural, as it still likely underwent some processing and refining.

What’s the problem with sugar?

Let’s back up for a moment. Sugar itself isn’t bad – a healthy, well-balanced diet contains naturally occurring sugars because such sugars (fructose, sucrose, or lactose) are key components of fruits, vegetables, dairy products, and grains. In some cases, sugars added to nutrient-rich foods might improve the diets of children and adolescents by promoting taste and enjoyment of foods like yogurt or cereals that may have been rejected otherwise. Yet, this is a matter of balance in both food source and quantity because a diet high in added sugar, either consumed in processed foods that do not make up a part of a healthy, well-balanced diet, or in large amounts, can become a problem that contributes to adverse health consequences.

One example of a source of added sugar that has been associated with health consequences is sugar-sweetened beverages (SSB). There is a growing body of evidence tying SSBs to cardiovascular risk and obesity. In response, some cities instituted a tax to try to reduce purchase and consumption of SSBs, although more studies are needed to go a step further to see if the tax affects diet quality. The understanding of how low-calorie sweetened beverages and cardiovascular risk might be related is less clear. Diet beverages are popular among children and adults, and are common as demand increases for lower calorie options: 32% of the beverages adults consume and 19% of those that children consume are low-calorie sweetened beverages. Low-calorie (or “diet” or “sugar-free”) beverages include liquids, powdered drink mixes and liquid concentrates but not fruit juice concentrates or beverages that mix added sugars and low calorie sweeteners.

Over the last 10 years, Americans of all ages have been consuming less sugar per day overall (17.4 teaspoons per day, down from 21). The amount of added sugars currently consumed among Americans still greatly exceeds what are called discretionary calorie allowances set by the Dietary Guidelines for Americans. Consequently, the American Heart Association, American Diabetes Association and others have both recommended reductions in added sugar intake. In come non-nutritive sweeteners, which are sometimes also known as low calorie sweeteners, non-caloric sweeteners, artificial sweeteners, or intense sweeteners. These have a high intensity of sweetness per gram, and are added in much smaller quantities to foods. As a result, foods using non-nutritive sweeteners contain fewer calories from added sugars.

Sugar-free sounds good, but why are there so many choices?

When it comes to researching alternative sweetener options, it can be confusing because there are chemical names for sweeteners, as well as brand names. The colored packets next to your coffee cup at a café are fairly standardized, and are an easy way to identify the kind of sweetener, although the name on the label may differ based on if the source is from a common or generic brand. The next time someone asks if you take “cream or sugar” perhaps you will be better equipped to make an informed decision, should you choose to sweeten the brew.

Sugar Packet Colors with their Common or Brand Names

Brown – Sugar in the Raw, or raw turbinado cane sugar

The start of the sugar-free story

Cutting out sugar-sweetened beverages or other sources of added sugar isn’t a simple swap. For individuals who are diabetic or are trying to make gradual changes to their diets, having a diet soda made with non-nutritive sweeteners may encourage a gradual transition to alternatives that don’t add as many calories as regular soda – so long as the overall amount consumed doesn’t rise. When used to replace or displace sugar-sweetened beverages, a non-nutritive option could result in decreased sugar or energy intake that can help children or adults moderate their weight or control their blood glucose. The success of this approach does heavily depend on the person and their dietary patterns and preferences.

The historical narrative around sugar-free sweetener alternatives has switched from concerns about cancer to health risks linked to over-consumption.There are plausible concerns about supporting low calorie sweetened beverages, some of which have to do with biological alteration of taste, the residents of the gut microbiome, and hormones that confer feelings of fullness, and others with behavioral changes: having a diet soda at lunch might make someone feel that they could choose a piece of cake after dinner because they had less calories at lunch, when they would not have opted for the cake at all if they chosen the regular soda earlier. Would you be more likely to have a drink or dessert if you knew it was lower in calories? A survey of 100,000 nurses surveyed over close to 25 years showed a strong correlation between weight gain and consumption of SSBs.  For people who choose low-calorie sweetened beverages for health reasons, sugar isn’t the only ingredient to consider: caffeine or artificial ingredients, such as colors, could also give cause to pause.

A 2018 Science Advisory from the American Heart Association (AHA) recently considered the available limited evidence and positions of the Dietary Guidelines for Americans, American Medical Association, American Association of Physicians, American Diabetes Association, and the Academy of Nutrition and Dietetics to evaluate the potential risks or benefits of eight low calorie sweeteners.

x Not as common

Brown – Sugar in the Raw, or raw turbinado cane sugar

*The FDA established an acceptable daily intake (ADI) level for the five high-intensity sweeteners approved as food additives. An ADI is the amount of a substance that is considered safe to consume each day over the course of a person’s lifetime. For each of these sweeteners, FDA determined that the estimated daily intake even for a high consumer of the substance would not exceed the ADI. Generally, an additive does not present safety concerns if the estimated daily intake is less than the ADI. In the case of steviol glycosides, an ADI was established by the Joint Food and Agricultural Organization/World Health Organization Expert Committee on Food Additives (JECFA/ WHO). An ADI has not been specified for monk fruit.

The AHA Science Advisory concluded that it advises against regular and long-term consumption of low calorie sweetened beverages, particularly in children, and supports the use of other alternatives. Mother’s milk, after all, is low in sweetness, so children develop a sweet tooth sometime after nursing. Prevention of over-consumption of sweetened foods and beverages starts with improving the knowledge base around ingredients and clearing consumer confusion around the available dietary choices – in this case, with sweeteners. One thing is clear: evidence available is limited, and long term randomized clinical trials with rigorous evidence are required to make definitive conclusions about risks, benefits, and health effects of sweeteners.

The American Heart Association Scientific Advisory concluded that it advises against regular and long-term consumption of low calorie sweetened beverages, particularly in children, and supports the use of other alternatives.

While there has been disagreement among the research community as to whether artificially sweetened beverages promote long-term health risks or may be a suitable alternative to sugar-sweetened beverages, experts do recommend the bottom line of making better choices when it comes to selecting products such as beverages.

What is the drink of choice? It is so simple that it may come as a surprise: the #1 choice is water. Following water is carbonated water and unsweetened infused/flavored waters. Healthy individuals should drink 1-1.5 liters per day, but not all at once – spread your sips out through the day. Those with certain health conditions (heart, thyroid, kidney) or on NSAIDs (non-steroidal anti-inflammatory drugs) or anti-depressants should check with their physicians about how much water they recommend, as these medications may promote water retention. Learn more about the water content of foods, benefits of hydration, and how hydration affects health here.

What sweet solution does all this boil down to?

When reaching for a sweetener, consider the following: taste preference, purpose of the sweetener, personal nutrition goals, and of course, your health needs. Even though natural sweeteners, like maple syrup or honey, may be less processed or have trace minerals, you should not mistake them for health foods. While there have been studies throughout the years of common sweeteners, more rigorous evidence is needed to clearly show what health effects, if any, exist and for whom the conclusions drawn may be true. If you have concerns or medical history related to your diet or intake of sweeteners, seek your doctor for medical advice. 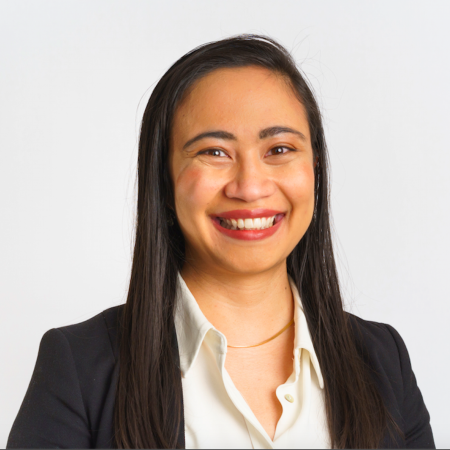 Sanae Ferreira is a creative scientist fusing art and research into her pursuit of communicating science in an engaging and informative way. Trained first in molecular and clinical nutrition science, Sanae is a nutritional epidemiologist delving into preventive medicine as a way to identify early, modifiable lifestyle predictors of cardiometabolic risk in adolescent girls. She is passionate about encouraging girls and women to pursue careers in STEM, and about cultivating community and creating opportunities for collaboration amongst scientists-in-training of all ages and backgrounds. Currently based in Boston, MA, you can follow along her #scicomm and #sciencepolicy musings on Twitter @DieTribeByS and catch the wellness and style adventures of the BlueBoots on her personal site, at bluebootsgo.com.

ASN’s leadership in nutrition science is exemplified with 90% of the committee made up of ASN members. Rockville, MD —

We are proud to announce American Society for Nutrition (ASN) Sustaining Partner, The National Dairy Council, has worked with the

ASN Activity at the 22nd IUNS International Congress of Nutrition