The gut microbiota is the diverse community of microorganisms that reside within the gastrointestinal tract. The importance of the composition (what types of microorganisms), function (what they are doing), and the metabolites (what are they producing) has been highlighted in health and disease. In the case of chronic kidney disease (CKD), it is of great interest as the gut microbiota has been linked to the disease itself and the progression of kidney dysfunction. 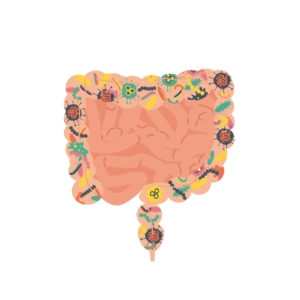 In CKD there are changes at the level of composition and function (e.g., enzymatic capacity) and metabolites produced by gut microbes. These changes have been assessed by examining mostly stool samples through experimental models (e.g., mouse or rat models of kidney disease by removing a large portion of the kidneys (5/6th) or by providing a toxic agent in the diet (i.e., adenine)) or in individuals with CKD not yet on dialysis and those undergoing dialysis treatment.

The changes in composition of the gut microbiota include having less bacterial species richness (amount of diversity within a sample) and an increased abundance of bacteria that are considered pathogenic or “bad”, while there is a reduction in the abundance of bacteria that are traditionally considered symbiotic or “good”. With these changes, the gut microbiota of CKD patients is considered dysbiotic or out of balance.

At the functional level, it has been reported that the fecal samples from individuals undergoing dialysis have an increased amount of enzymes that produce toxins that are increased as kidney function declines, mostly those that produce protein degradation metabolites (i.e., urea, uric acid, tyrosine, and tryptophan). Also, there is a decrease in the enzymes needed for the production of short-chain fatty acids, which are mostly produced from the fermentation of dietary fiber and thus are traditionally considered “good”.

At the metabolite level, mirroring the effect on the enzymes needed for the production of toxins derived from amino acid and protein degradation, metabolites such as indoles and phenols derived exclusively from the gut microbes are increased in the plasma of CKD patients.

Therapies that target the composition, function, and metabolites produced are of great interest in the CKD community

Probiotics are live microorganisms that when consumed in specific amounts may give the individual a benefit. There are several probiotic bacteria, including species and strains within the Bifidobacterium and Lactobacillus families. Probiotic bacteria have been studied extensively in healthy individuals and those with several diseases. Some of the benefits in patients with CKD may include binding to pathogenic bacteria, decreased levels of inflammation, reduction of toxins produced by the microbes, and improvement of the health of the gastrointestinal tract.

Although the possible beneficial effects of supplementation with probiotics sounds promising, the current evidence does not support their use. In a recent meta-analysis by McFarlane and collaborators, they found no benefit of the use of probiotics on the levels of serum urea, indoles, and phenols. In fact, when you go to the individual studies, some of them found increases in these toxins and markers of inflammation, while they report no changes in the composition of the gut microbiota.

The use of prebiotics may have a beneficial effect in CKD

Prebiotics are substrates (including dietary fibers that are fermented by the microbes) that are used by the gut microbes producing short-chain fatty acids to provide a benefit to the host. While probiotics have not been associated with beneficial effects, the use of prebiotics may provide a better solution in patients with CKD.

The use of prebiotic substances in CKD has been limited to the use of prebiotic fibers, such as resistant starch, oligofructose-enriched inulin, and arabinoxylans, among others. In the meta-analysis by McFarlane and collaborators, they found that the use of prebiotics reduced levels of serum urea. However, there was no effect on other metabolites produced by gut microbes or the composition of the gut microbiota.

Not pro- or prebiotics, but what about synbiotics?

Synbiotics are the combination of pro- and prebiotics. While the use of pro- or prebiotics on their own have not yielded the expected results, the use of synbiotics seems promising.

Rossi and collaborators examined the effect of a synbiotic in patients with CKD not yet on dialysis. The synbiotic contained 15g of a combination of prebiotic fibers and a probiotic with nine strains from the Lactobacillus, Bifidobacteria, and Streptococcus genera. They found decreases in serum indoxyl sulfate (derived from the fermentation of the amino acid tryptophan) and changes in the composition of the gut microbiota.

Viramontes-Hörner and collaborators found that the use of a probiotic gel with 2.3g of prebiotic fiber, a probiotic with Lactobacillus and Bifidobacterium, omega-3 fatty acids and vitamins decreased the severity of gastrointestinal symptoms, a highly prevalent problem in patients with CKD.

So, should we recommend the use of pro-, pre-, and synbiotics in patients with CKD? 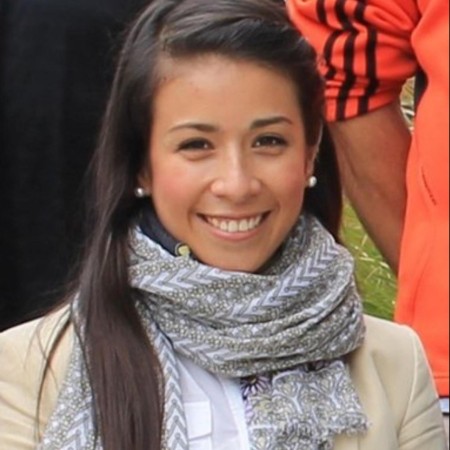 Annabel is currently a post-doctoral fellow at Indiana University School of Medicine, where she is studying the effects of iron-based phosphate binders on intestinal physiology, gut microbiome, and mineral and bone metabolism in rat model of chronic kidney disease under the mentorship of Dr. Sharon Moe. She completed her Bachelors of Science in Nutrition and Dietetics at Escuela de Dietética y Nutrición in Mexico City. After she finished her Bachelors in Science, she practiced as a nutrition support dietitian and was involved in several pilot studies, including a trial that assessed the effects of intraperitoneal nutrition in incident peritoneal dialysis patients. She then moved to Champaign, IL and joined Dr. Ken Wilund’s lab at the University of Illinois at Urbana-Champaign, where she received her PhD in Nutritional Sciences. Her dissertation aimed to study the effects of a dietary fermentable fiber (inulin) on chronic kidney disease-mineral and bone disorder (CKD-MBD) and the gut microbiota in end-stage kidney disease patients undergoing hemodialysis treatment. While she completed her PhD, she was part of several randomized clinical trials assessing the effects of nutrition and exercise interventions on cardiovascular function, bone and body composition, physical function, nutritional status, and quality of life of hemodialysis patients. During her graduate studies she held a pre-doctoral fellowship from the Mexico’s Council of Science and Technology (CONACyT), received the Academy of Nutrition and Dietetics’ Commission of Dietetic Registration Diversity Scholarship, and earned several internal and external grants. After completing her PhD, she moved to Indiana and did her dietetic internship at Ball State University. Annabel’s research interests include renal nutrition and the gut microbiome. She is also interested in the use of social media in Academia. In her spare time, Annabel loves to travel and try food from different countries, spend time with family and friends, and play with her puppy Kali.

Why Nutrition in School Age Children Is Important, and Even More Important as a Consequence of the COVID-19 Epidemic?

Middle childhood, the period between 5 to 9 years of age, has historically been and remains a neglected age group

“Eat Right, Bite by Bite” March is National Nutrition Month®, the Academy of Nutrition and Dietetics celebrates this annually. As