For many generations parenting books and gurus alike have heralded the importance of routine. Beginning in infancy, children are scheduled to eat, sleep and play, and busy moms often follow this schedule to assure their youngest children are happy, healthy and well socialized. But, as is always the case, children grow older and become involved in more activities making it difficult to stick with rigid schedules established in infancy.

Recent evidence however has shown that regular mealtimes, bedtimes and limits on television at age 3 were all linked to children having better emotional self-regulation later in life. Self-regulation has two distinct domains, emotional and cognitive. Together, these domains help children control their attention. While these two domains have traditionally been studied together it is important to examine them independently as emotional self-regulation is tied to subcortical structures in the brain while cognitive self-regulation is based in the prefrontal cortex. The prefrontal cortex is known to mature later in development continuing its maturity until the early 20’s so outcomes based on these two domains must be distinct.

Anderson and colleagues (2017) tackled these questions in their recent publication accepted in the Journal of Obesity. Using a prospective study they examined how both domains of self-regulation and routine can impact obesity later in childhood (although only until age 11). The Millennium Cohort Study gathered data from 19,244 families recruited in the UK from 2000-2002. Data was collected beginning at 9 months with follow-ups at ages 3, 5, 7 and 11. Child Social Behavior Questionnaires were used at age 3 to determine self-regulation, while height/weight was used at age 11 to determine BMI and obesity status. A series of logistic regressions were used to understand how self-regulation and routine related to risk for obesity at age 11.

Results showed that having a “sometimes-regular bedtime” or “inconsistent bedtimes” were both associated with elevated risk for obesity at age 11. High television/video viewing time was initially associated with higher obesity rates but the result was not significant after controlling for other routines, a result that could be explained by the imprecise measurements used to quantify time spent. Surprisingly, children with mealtimes that varied considerably were found to be less likely to be obese at age 11. While this study agrees with previous literature in terms of bedtime, the results for mealtime were unexpected and need to be considered in the context of the study which was observational and based on parent self-report. Overall, emotional self-regulation and household routines were independent predictors of obesity at age 11 and those children with regular bedtimes, mealtimes, and limits on television/video displayed enhanced emotional self-regulation.

While this study demonstrates the importance of routine, it is important to understand that many factors could not be controlled for, leaving the study with multiple limitations. Still, if putting the kids to bed at the same time could be protective, maybe those rigid schedules shouldn’t be abandoned just yet. 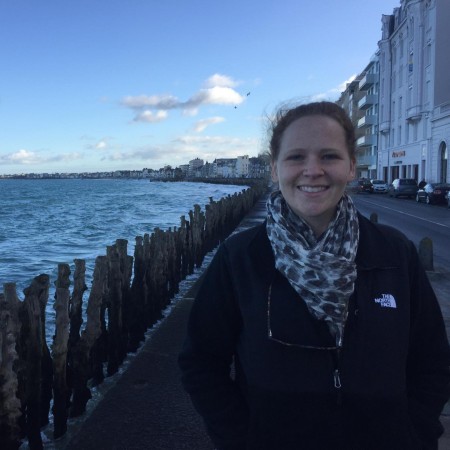 Mary graduated with her Bachelors of Science in Biology from Georgia State University in 2010. She worked for a few years before continuing her education at Towson University and graduating with her Masters of Science in Physiology in 2014. Mary is currently in the PhD program in Physiology at UAB with Peggy Biga, PhD, as her mentor. Mary’s current project is titled “Establishing the Changes in Muscle miRNA Composition During Methionine Restriction.” The project aims to look at the physiological and morphological hallmarks of methionine restriction in rainbow trout; Oncorhynchus mykiss. In her free time she enjoys cats, Netflix, coffee, and reading anything from the mystery section of the bookstore.