Do you know someone who is depressed? You probably do, whether you realize it or not. Major Depression is a crippling mood disorder currently affecting over 26.2% of the adult population in the United States (U.S.) (NIMH, 2005, NIMH 2008). The prevalence of Major Depression in the U.S. has increased by a factor of ten fold in the last two decades (Ilardi, 2009). It is expected to continue to rise. The National Institute of Mental Health estimates that 1 in 4 Americans will meet the diagnostic criteria for major depression during their lifetime (NIMH, 2008). Medicare claims of those suffering with depression tend to incur charges an average of $2,409 greater per medical incident than their non-depressed counterparts (NIMH, 2009). 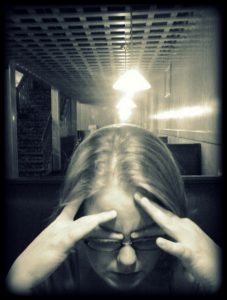 There is a significant body of literature supporting the use of nutritional interventions in the treatment of depression. Because of the increasing prevalence of this troublesome disorder, my goal is to briefly outline four nutritional supplements that have demonstrated safety and at least some efficacy in research. Keep in mind that research surrounding these particular items is still controversial.

Omega-3’s– Omega-3 supplementation comes highly recommended by a growing number of practitioners as an integral part of depression treatment. Dr. Neil Nedley, MD and Stephen S. Ilardi, PhD claim that diets high in omega-3’s may assist in the treatment of both major depression and bipolar disorder. Because the Western American Diets tend to lack foods containing omega-3’s, it may be beneficial to find a supplemental source, such as fish oil or flaxseed. Some authors claim that the alpha-linolenic acid (ALA) found in flax is not a bio-available source of Omega-3 fatty acids. Fish oil may be another viable option. Walnuts also contain a relatively high level of Omega-3’s. Regardless of source, omega-3 supplementation has consistently demonstrated a reduction in depressive symptoms in the literature (Riediger, et al 2009).

Folate and Vitamin B-12 – Depressed patients tend to demonstrate higher deficiency levels of vitamin B-12. Folate levels typically are lower in depressed patients (Bodner, 2005). It has been suggested that a deficiency in either of these vitamins may impair methylation in the central nervous system that is necessary to produce monoamine neurotansmitters (Penninx, 2000). This may in turn lead to the impaired mood symptoms evident in depression.

Vitamin D – Serum 25-hydoxyvitamin D levels tend to be low among depressed individuals. Some authors argue that there may be a causal link between depression and Vitamin D deficiency (Jorde, et. al 2008), while others maintain that the evidence is not strong enough at this point. Even more confusing is the lack of an established dosage to treat various disorders. This includes depression. Some studies suggest a dose of 2000 IUs / day for general intake (Vieth, 1999). In the treatment of depression, some studies have used dosages as high as 20,000 – 40,000 IUs / day! (Jorde, et. al 2008) Regardless of whether or not there is a direct causal relationship, it appears that some studies are yielding positive results in reducing depressive symptoms.

St. John’s Wort – Hypericum perforatum L. (St. John’s Wort) is currently a hotspot for research. It is widely popular in Europe, and used as a front-line treatment for mild to moderate depression. The United States is a little more hesitant to adopt this herb into the realm of psychotherapy, as it comes with several drug interactions. Many systematic reviews present confusing and contradictory results. A meta-analysis by Linde, et al. found Hypericum to be as effective as standard antidepressants to decrease depressive symptoms in mild to moderately severe depression (Linde, 1996). It is likely that more research will need to be completed before St. John’s Wort becomes an accepted treatment for depression in the U.S.

I want to stress that when applied correctly, an appropriate regimen of nutritional interventions in addition to other therapies for depression may yield profound results in mood and other symptoms. You must work the details out with your healthcare provider.

Lastly, if you’re reading this out of sheer curiosity, pass this information on to someone who is struggling with depression. Maybe it is a family member. Maybe it is you. Sometimes things can seem pretty hopeless in our darkest moments. But there is always hope. Finding the correct information and acting upon it is the first step to recovery.

Disclaimer: These interventions are not meant to serve as medical advice. Please consult with your healthcare provider. Supplements, and even foods, may cause interactions with your current medications.

NIMH. (2009, February 13). Health care costs much higher for older adults with depression plus other medical conditions. Retrieved from https://www.nimh.nih.gov/science-news/2009/health-care-costs-much-higher-for-older-adults-with-depression-plus-other-medical-conditions.shtml