Sepsis is a nondiscriminatory condition affecting the young and old. It is a physiologic, biologic and biochemical chaotic state reflecting a dysregulated inflammatory response to infection. Sepsis exists on a continuum of severity, ranging from infection and bacteremia to septic shock.  Sepsis and the ensuing inflammatory response can lead to multiple organ dysfunction and death, with an in-hospital mortality rate varying from 10-50% (1). The CDC reports that at least 1.7 million American adults develop sepsis each year, with nearly 270,000 attributed deaths. The global burden is estimated at 32 million cases with 5.3 million deaths annually (2,22).

How can we win the battle against sepsis and improve survival rates?  In hockey we call it a HAT Trick for the win!  In clinical sepsis therapy, HAT refers to the combination intravenous therapy of hydrocortisone 50 mg every 6 hours, ascorbic acid (vitamin C) 1500 mg every 6 hours and thiamine 200 mg every 12 hours, synergistically combating the pathophysiology that sepsis and septic shock produce in the human host (3).

The expressed insult of sepsis is related to the host’s response to the infecting pathogen.  Mediators in this inflammatory storm include both the pathogen-associated (PAMPs) and human damage-associated molecular patterns (DAMPs). PAMPs are molecular components of the invading organism that trigger the immune system to respond.  DAMPs, otherwise known as “alarmins”, reflect molecular debris of dying cells, denoting an ongoing battle that further promotes a pro-inflammatory state (4).

The balance of oxidants and antioxidants is vital, as it determines morbidity and mortality. If an overabundance of the inflammatory reactive oxygen species (ROS); hydrogen peroxide (H2 O2), superoxide (O2-), hydroxyl radicals (HO.), perioxynitrite (ONOO–) and hypochlorous acid (HOCL) exists the result is mitochondrial dysfunction, cellular damage, loss of endothelial integrity, and multiple organ dysfunction (3). An increase in cardiomyocyte oxidative stress can lead to the development of a septic cardiomyopathy. These menacing ROS further lead to the activation of nuclear factor kappa-B (NF-kB) which in turn releases more pro-inflammatory mediators (4).

This webinar focuses on the consideration of diversity and inclusion when conducting research to inform and implement food and nutrition guidance policy. This webinar is part of the CASP Nutrition Policy Webinar series, designed to help ASN members better understand the interface between research and nutrition policy.

The focus of sepsis management is the identification and treatment of the specific invading organism and infected site with antibiotics and source control measures. The timely initiation of reversing hypoperfusion states (low blood pressure) and the restoration of cellular oxygen delivery are critical actions as well. Unfortunately, despite these aggressive resuscitative measures, many patients will go on to develop multisystem organ failure and die. This is due to a number of mechanisms including; immune response to infection, microvascular abnormalities, endothelial dysfunction,  nitric oxide overproduction, antioxidant depletion, mitochondrial dysfunction, and decreased ATP concentrations (5,15).

Numerous clinical trials of novel pharmaceutical agents and therapeutic interventions have failed to improve outcomes in sepsis therapy. Metabolic resuscitation, with the Hydrocortisone, Ascorbic Acid and Thiamine (HAT) Trick, as a “metabolic cocktail”, is an evolution in sepsis management that attempts to address the dysfunction at the cellular level.

What comes to mind when you think of Vitamin C?   Whole foods like papayas, cantaloupe, oranges, kiwis, strawberries, asparagus and red peppers are abundant with this water soluble vitamin (6). Historically speaking, we think of British sailors and the prevention of scurvy with citrus oranges, lemons and limes.  There is conflicting research on whether Vitamin C supplementation is associated with a shorter duration of cold symptoms (7).

The recommended dietary allowance (RDA) of Vitamin C for adult females and males is 75mg and 90mg per day respectively. Smokers require an additional 35mg per day due to increased oxidative stress from the cigarette smoke toxins (6). Metabolic resuscitation for the septic state calls for 6000 mg per day.

And get access to immersive learning experiences, collaboration, and networking with the greatest minds in nutrition.

Ascorbic Acid, released by the adrenal glands, is a major multifunctional stress vitamin of the body, called into play in the septic state, as a cofactor in the synthesis of necessary catecholamines, vasopressin and cortisol, key hormones required to survive the septic state. Vitamin C further acts on the various organs’ glucocorticoid receptors at the cellular level, allowing the Vitamin C assisted synthesized cortisol to be utilized to maintain cell, and hence organ, integrity and function (8,23).

Vitamin C also functions as the primary circulating antioxidant of the body, modulating the immune response by inhibiting NF-kB activation (2, 10). As stated, the balance of oxidants and antioxidants is vital, as it determines morbidity and mortality (3). Sepsis, unfortunately, is a state comparable to “acute scurvy”, as ascorbic acid stores are rapidly depleted from near immediate functional consumption, in the face of limited stores, estimated 4200 mg in 70 kg patient.  Levels <23 mmol/L define hypovitaminosis and <11 mg/L defines severe deficiency (8). The average level in septic patients was 14 + 11(8,9,24,25). In addition to patients with sepsis those with pancreatitis, acute myocardial infarction, and diabetes also have lower levels of Vitamin C (26). Humans are unable to synthesize the vitamin due to the lack of gulonolactone oxidase, the final enzyme in the synthetic pathway, and therefore rely entirely upon dietary sources (6,8). The circulating levels of Vitamin C in the septic state are profoundly reduced to almost imperceptible levels, allowing for an unregulated pro-inflammatory state and its sequelae.

Intravenous (IV) Vitamin C therapy switches the vitamin to a drug with pharmacologic concentrations reaching 100-fold higher than those possible with maximal oral dosing. The effectiveness of metabolic resuscitation utilizing HAT was brought to the forefront with the publication of Dr. Marik’s Before-After study in 2016, demonstrating a mortality of only 9% in the treatment group versus 40 % in the control group.  Patients additionally experienced a more rapid decline in their organ failure scores and the sepsis protein marker procalcitonin, and significantly fewer days requiring medications to support their blood pressure (9). The currently held effective dosing of Ascorbic Acid for the treatment of sepsis is 6000 mg per day, a need that can only be met by intravenous dosing, as indicated previously by the limitation of the intestinal Vitamin C transporter.

Thiamine, also known as Vitamin B1, is a water soluble vitamin which was first isolated from rice bran in 1912 by Casmir Funk. Food sources of thiamine include legumes, yeast, sunflower seeds, wheat germ, enriched grain products, soymilk and pork (6). It plays a crucial role in ATP energy production as a cofactor for aerobic glucose metabolism in the Krebs Cycle and anti-oxidant production via NADPH synthesis in the Pentose Phosphate Pathway. The body stores about 30mg of this vitamin in the metabolic active form thiamine pyrophosphate (TPP). Depending on assessment techniques and criteria, between 20-70% of septic patients are thiamine deficient (11, 21). Consequences of this deficiency include increase production of ROS, neuronal cell death, and energy compromise; thereby compounding the oxidative mitochondrial injury and bioenergetic failure related to vitamin C depletion (3). Interestingly, beriberi, a condition of thiamine deficiency with symptoms of anorexia, weakness, cardiac dysfunction and vasodilation, mimics the credentials of a septic state. Randomized trials of thiamine administration in septic patients, demonstrated that intravenous administration to a thiamine deficient septic subgroup, resulted in better renal preservation and improved mortality than the placebo groups (12,13,14).  “Overall, the results suggest a role for thiamine supplementation as a low risk and potentially high reward intervention for patients with septic shock and increased baseline risk of thiamine deficiency”, such as seen in the elderly, malabsorptive conditions and alcohol dependency (15).

To put dosing in perspective, the RDA of thiamine is 1.2mg/day for men and 1.1mg/day for women. Metabolic resuscitation dosing is 200 mg IV twice a day. The thiamine in the cocktail also serves as a co-enzyme for the processing of Vitamin C produced glyoxylate, preventing oxalate accumulation and the associated theoretical risk of renal stones.

Studies have shown corticosteroids to improve various outcomes in septic shock, definitively accelerating shock reversal, but show mixed results when mortality is considered (16,17). The Surviving Sepsis Guidelines recommend use of IV hydrocortisone “only when adequate fluid resuscitation and vasopressor therapy are unable to restore hemodynamic stability” (18).  In HAT therapy, there is a synergistic effect seen with the combination of ascorbic acid and hydrocortisone, with ascorbic acid’s anti-oxidant effect restoring glucocorticoid receptor function. Symbiotically, the administration of hydrocortisone increases the expression of the SVCT2, allowing increased uptake of the plurifunctional ascorbic acid into the cells (19). Although controversial, due to study size, Marik’s metabolic resuscitation with his HAT protocol has shown and continues to show a significant mortality benefit (9,20).

The human cost of sepsis is staggering physically, mentally and financially to patient and family; and emotionally and financially to the healthcare providers and healthcare system respectively. When I first had an interest in nutrition over 20 years ago, I was fascinated by Vitamin C and the plethora of systemic effects it has in the human body.  I had always thought an intravenous dose of this vitamin would somehow benefit my critically ill patients in the Intensive Care Unit.  I never thought the day would come when we would be using this therapy in our ICU at Falmouth Hospital, but that day arrived 8 months ago. As a clinical critical-care nurse, my personal experience and observation with my colleagues, allows me to be very optimistic about this pharmaco-nutrition therapy. The results have been near immediate, consistently positive and remarkable.

Will we win the battle against sepsis and improve survival rates? Major studies are ongoing to help answer the question. In the meantime… ‘Marik is past the blue line. He has split the defense. He winds; he shoots, he….. .’

Thanks to Dr. Thomas Irvine for support in providing reference materials and review of this article. Dr. Irvine is a Pulmonary and Critical Care Medicine physician at CapeCodHealthcare/Falmouth Hospital. The Vitamin C chemical structure image was provided with permission by Dr. Paul E. Marik. All other images are from pexels.com.

Get access to over 60 hours of the best science and latest clinical information at your convenience. 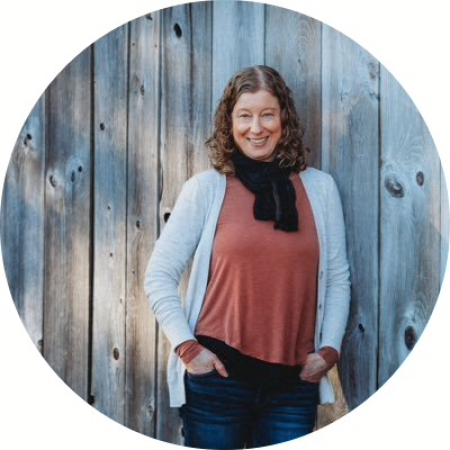 Jody Bergeron, RN, BSN, MS, CEN, works in critical care for Cape Cod Healthcare. She obtained her Masters in Human Nutrition from the University of Bridgeport and was enrolled at the University of Alabama’s College of Human Environmental Sciences Online Dietetics program. She has 30 years of experience working in healthcare with the past 20 years in critical care nursing. She served 9 years in the Army Reserve as a military officer in a Combat Support Hospital as a critical care RN. During her service she was in charge of the weight control program. She currently has interests in phytonutrient research, disease prevention with a focus on heart and brain health and healthy aging. She enjoys time with her family, skiing, scuba diving, traveling, knitting, cooking/baking/recipe development, and sharing science based nutrition information on social media and food photography.   Instagram:  @jody_bergeron    Twitter:  @BergeronJodyA