Omega-3 fatty acids have been long touted for their cardiovascular benefits. But many research studies strongly suggest that these fatty acids exert improvements well beyond those related to heart health.

Omega-3 fatty acids and/or fish oil supplements (the latter being a rich source of omega-3s) have been administered to those with cancer, heart disease, rheumatoid arthritis, and psychiatric disorders (i.e. schizophrenia and major depressive disorder) with resultant improvements in disease-specific outcomes and body composition (read: more and/or better quality of muscle) (1, 2). The supplement also has essentially no side effects, aside from the occasional lingering fishy after-taste. It’s thought that these beneficial effects are due to omega-3’s inhibition of numerous pro-inflammatory pathways.

So is there a place for these supplements in healthy populations? Say, exercising older adults? This is exactly what Mariasole Da Boit and a group of colleagues investigated in a randomized, double-blind placebo controlled trial published in the American Journal of Clinical Nutrition earlier this year (3). Fifty men and women (age 70.6 ± 4.5) participated in a resistance exercise training program for lower limbs twice weekly for 18 weeks. All were randomized to 3g fish oil/day or placebo (3g safflower oil/day). In women, maximal isometric torque (static contraction) and muscle quality defined by torque per unit of muscle cross-sectional area improved more in the fish oil group, independent of muscle mass changes; no differences were observed in men. Plasma triglycerides decreased in both sexes, while maximal isokinetic torque (moving contraction), 4-minute walk test, chair-rise time, muscle size, and muscle fat did not differ. The authors speculate that omega-3 improves neuromuscular function and/or enhances the contractile properties of type II (fast-twitch) muscle fibers. Some findings suggest that older women do not increase muscle strength to the same degree as older men; thus women could undergo a more profound response to resistance training since there is a greater capacity for muscular improvement.

While this is only one study and the mechanisms behind the results are somewhat speculative, the results are promising. With forthcoming research, omega-3 fatty acid supplements might become an evidence-based recommendation for healthy community-dwelling older adults and many clinical populations. 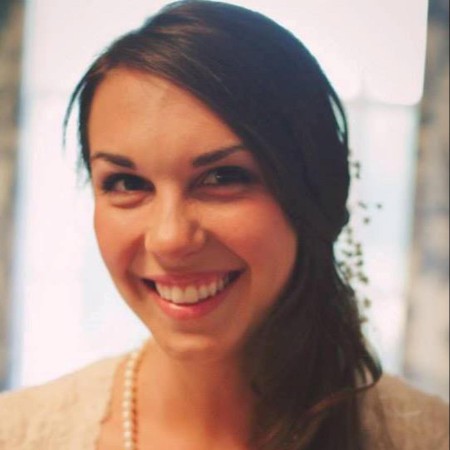 Sarah is currently a PhD candidate at the University of Alberta (supervisor: Dr. Carla Prado). She completed her Honors Bachelors of Science degree in Nutrition and Dietetics at Florida State University, where she also received numerous scholarships from the state of Florida and the university. After graduation, she continued on and received her Masters of Science in Clinical Nutrition at the same university, where she studied body composition, dietary intake, and functional status of patients with hip or knee osteoarthritis. Shortly thereafter, Sarah moved to Edmonton to complete her PhD in Nutrition and Metabolism. During her graduate studies, she has held and continues to hold various research and teaching assistantships and scholarships, has presented many scientific posters, and is also involved in leadership roles in various student organizations. Her research interests include assessing the relationships between energy balance and body composition and the consequential impact on outcomes in individuals with cancer. In her spare time, Sarah loves to do anything that involves swimming, biking, or running and has completed dozens of races ranging in length from 5ks to marathons and half-ironman triathlons